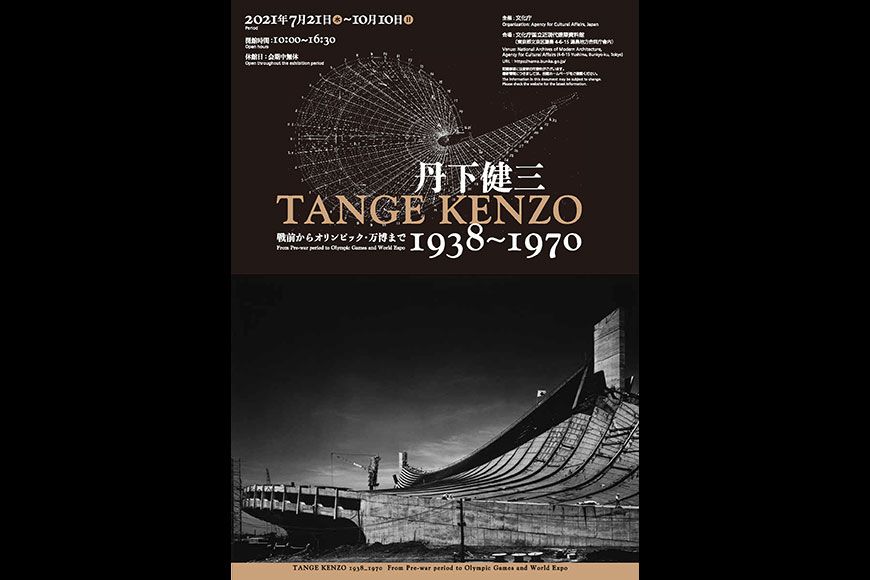 This exhibition will explore the life and work of Japan's leading postwar architect Tange Kenzo, who stands alongside Le Corbusier as one of the pioneers of modern architecture, and continues to influence architects around the world today. Integrating nature, functionality, and aesthetics in his designs, he contributed to the development of a world-class architectural culture in Japan. One of his most famous works is the Yoyogi National Gymnasium, which was used as an arena for the 1964 Tokyo Olympics. The exhibition will also feature lectures, tours, and video screenings.